We’re a curious bunch here at Questback and this time of year is just perfect for poring over the ‘tea leaves.’ So, here’s a quick round-up of the hot topics to watch out for (shame the same can’t be said of the weather).

First up, a topic that’s particularly close to our Questback heart – the role of people in driving business success. People are without question the lifeblood of any company delivering a vital supply of intelligence and innovation to keep the company alive and kicking. So, as the shapes of jobs change, thanks to emerging technologies such as artificial intelligence (AI), the need to amass digital skills will jump up the priority list for the C-Suite, and not just that of the HR team. According to Deloitte, some 47% of C-suite executives think there’s a significant mismatch between current skill sets and those necessary in the future.

2. Death of the Role Profile

With the rise of the gig economy, a ‘flexi-working’ mindset and the arrival of the digital nomad, 2018 was the year of ‘agile.’ Like industry disruption before it, it’s a trend that’s here to stay. For example, a survey by Accenture Technology found that 79% of executives agreed the future of work will be based more on specific projects than roles. And, when asked to forecast the makeup of their workforce in 2020, 37% of respondents to a Deloitte survey expected a rise in contractors and 33% foresaw an increase in freelancers.

3. AI, the ‘Marmite’ of Technology

Suffice to say, unless you’ve been hiding under a rock, you’ll have ‘witnessed’ plenty of emotionally charged debates over the impact of AI and robots. The headlines tend to lean towards the doomsday scenario where we’re all out of jobs. Of course, this threat isn’t entirely without cause. Take this piece of research from PwC: 37% of executives polled worry about automation putting jobs at risk – up from 33% in 2014. But what is new to the debate, is the sheer scale of the potential benefits. It’s another one from PwC and I do rather like it: nearly two-thirds of CEOs in their 2019 Global CEO Study said that AI will have a more substantial impact than the internet (nope, that’s not a typo), with a separate study estimating that it will drive US$15.7 trillion in global GDP gains by 2030. Hardly pocket change.

Granted the sub-title is a little a dramatic and to be fair we are starting to see the use of bots to scan applications. One of the other great promises of AI will be in helping HR teams concoct that magic formula of the right skills, the right people and the right roles. Yet KPMG research found that only 36% of HR functions have started to introduce AI and just 14% have invested in AI over the past 2 years. Of course, we are just at the tip of the iceberg as far as the potential of AI is concerned. The ‘where and how’ organizations embed AI into existing processes is a topic that’s only really just starting to heat up.

Now, here’s something we can all relate to, the constant battle between you and your inbox. Is it any wonder that sometimes we give in, letting our emails slowly turn to compost? Needless to say, I imagine this stat will come as no surprise to you. Bersin and LinkedIn show that 27% of employees believe they are spending an entire day a week dealing with emails that are irrelevant to their jobs, with Bersin going a step further to say that turning around productivity will be a crucial business imperative if businesses want to thrive in 2019.

Like the wolf, the threat of digitization has been around for a while now. HR teams need to be ready to lead by example, building their own digital foundations before attempting to drive widespread transformation. Where are organizations on this journey? KPMG’s Future of HR 2019 study cites that while approximately two-thirds of HR executives agree the department has undergone a digital transformation, just a quarter of them are not confident in their ability to transform the workforce and HR departments.

7. Whose data is it anyway?

I couldn’t lay my hands on any stats for this one, but it would be remiss of me not to mention. Greater use of employee data brings new challenges around privacy, security, and confidentiality. The General Data Protection Regulation (GDPR), which came into effect across the European Union last year, drew attention to the control and access to personal data, including that of employees (survey responses and all). 2019 will undoubtedly see this debate continue, particularly around critical areas such as ownership and control. For example, can employees ‘take’ data collected on them, or insight gathered from them, when they leave an organization?

More Than a Storm in a Tea-cup

These predictions unto themselves are nothing new, but the fact that they are picking up momentum, all at the same time, creates somewhat of a perfect storm. The type of changes we’re all seeing will alter the DNA of the workforce for the better we hope.

To make good on the promises of digitization and AI and to effectively manage the transformation brings, it’s crucial that businesses address the looming skills deficit beyond the organizational level. Organizations, educators and governments will need to work collaboratively to find solutions that overcome the skills deficit now and sustainably into the future. I believe that AI will enhance our lives by making our working day more fulfilling, and I for one, am happy to leave the ‘dangerous, dirty and dull’ to the machines and algorithms.

A final thought, businesses nailed the importance of using customer data to improve performance some time ago, but to be able to reinvent themselves, they’re going to need a whole lot more at their disposal. As Josh Bersin believes, now is the time to look inwards, stating that “HR is responsible for a company’s most important database of all. When used well, employee data is much more valuable than customer data.” In fact, we’d argue that together they’re unbeatable! 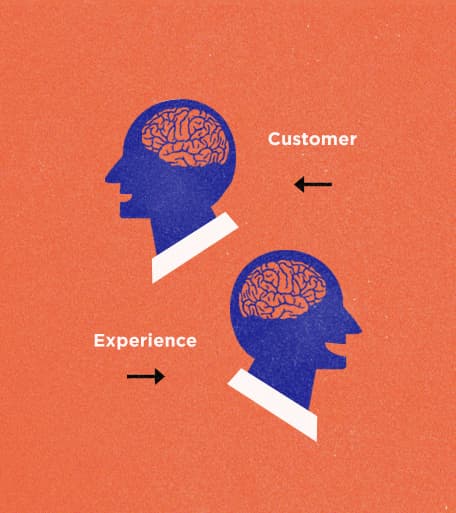 How Gamification Can Deliver Real Results In Customer Feedback

5 Ways For Agencies To Differentiate In Market Research