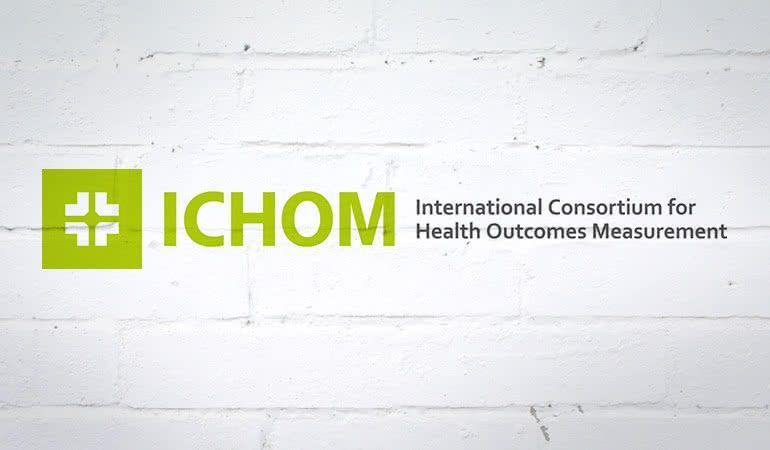 More than 700 delegates from all over the world gathered in London on the 16th and 17th of May 2016 at the annual International Consortium for Outcomes Measurement (ICHOM) Conference. Founded in 2012, ICHOM’s mission is to unlock the potential of value-based healthcare. It is achieving this by defining Standard Sets of outcome measures that matter most to patients for the most relevant medical conditions and driving adoption and reporting of these measures worldwide.

The growth of value-based healthcare

The conference demonstrated the momentum behind the value-based healthcare approach, and how it has attracted the interest of both publicly and privately owned healthcare providers from around the world. In fact, recognition of the advantages of patient-reported outcome measures (PROMs) is now extending beyond healthcare providers, with the pharmaceutical community now looking at value-based approaches. Just as those commissioning and paying for healthcare are exploring methods which reward patient outcomes rather than reimbursing simply on a fee per service model, pharmaceutical companies are also starting to think in terms of price per patient outcome rather than price per pill. The implications of this are far reaching for their business models and the entire healthcare economy.

There are some key questions involved in the value-based healthcare approach. For example, how can quality be incentivised over volume? How can we develop credible, consistent outcomes indicators trusted by patients, providers and experts?

As part of its mission ICHOM has gone further than most in providing comprehensive answers to these questions. It has successfully developed Standard Sets of outcome measures for 45% of the total global disease burden, with the aim of covering 50% by the end of 2017.

Putting it into practice

One of the key aims of the conference was to move from theory to cover the impact and implementation of benchmarking outcomes. This has already begun with the recent launch of ICHOM’s first benchmarking pilot, where it is working with ICON to harness the power of advanced computing and data analytics to ensure outcomes data sets are compatible and reliably risk adjusted. This means that patients, clinicians, healthcare commissioners and policy makers may soon finally be able to benchmark outcomes, and compare like with like, on a health facility, regional, country, and international level with ease.

Adequate resources are a key part of successful healthcare – however they are not the only factor, as John Meara of Boston Children’s Hospital pointed out. He noted that the United States spends 17.1% of its GDP on healthcare, yet often achieves poorer outcomes than countries which spend far less per capita on health. The need to sustain healthcare standards in economically developed nations will compel policy makers to seriously consider the move to outcome-based measurement.

As Stefan Larsson, one of ICHOM’s co-founders said, high quality, risk-adjusted data can reduce variation in outcomes simply by providing those involved with a credible evidence base and a common language to discuss them in. Stefan cogently made the case for balancing the need for a reduction of variation in patient outcomes with allowing innovation that supports the development and evolution of best practice. His vision is one where only those approaches which deliver the best outcomes for patients will be allowed to survive.

While ICHOM have done sterling work in developing Standard Sets, implementation is a completely different challenge. For example, patients may need convincing to fill in yet another survey, while clinicians may see it as an additional administrative burden. For cash strapped, publicly-funded healthcare providers, it may seem like an additional investment in time and resource, with ROI that is not immediately tangible. And for the IT department, it is yet another potentially complex initiative to deploy.

In the United Kingdom, the pioneering work of the Aneurin Bevan University Health Board in Wales stands out. It has adopted the value-based healthcare approach, with its work with ICHOM initially championed by a combination of clinicians and the finance department under the leadership of its Director of Finance, Alan Brace. Together, they looked for a rational way to reallocate resources in the context of rising healthcare costs.

So what really benefits patients? Aneurin Bevan sought to answer this question with evidence, rather than simply reorganising provision based numbers relating to "in patient stay”. The aim is not cost containment, but rather optimising for value. This different, patient centred approach was endorsed at board level. It appointed a range of multi-skilled team of experts, who together built capacity with the organisation as they spread the word and championed the cause.

Paul Buss, Aneurin Bevan’s Medical Director illustrates how value-based decision making has demonstrated the need for physicians to talk routinely about value and measuring outcomes. Indeed, he asked, what other business does not talk about outcomes? He quoted Elinor Ostrom, who said that "local appropriators of resource have very little motivation to contribute to sustainability”. Adopting this approach meant that Aneurin Bevan looked to "culturally engage” physicians, encouraging them to take a more holistic view, concerned not only with "fixing things” but also with the whole care pathway, taking a truly longitudinal view of patient centred outcomes.

Value-based healthcare is a movement that is set to grow, placing the needs and experience of the patient at the centre of the healthcare economy. ICHOM continues to provide a common language and measures to quantify value and thereby optimise outcomes. Questback is excited to be working with ICHOM as a Technology Affiliate, helping organisations and patients to benefit from value-based healthcare.

This blog post first appeared on LinkedIn on the 19th May, 2016