Survey of US Financial Sector Reveals Complacency in Gender Pay

New data from Questback shows that employees believe that they work for a meritocracy, despite evidence of a gender pay gap.

New York, New York – April 2, 2019 – New research from Questback, the global leader in enterprise feedback management, and Conflux Ltd., an independent assessment psychology firm, shows that complacency is one of the biggest challenges to closing the gender pay gap in the financial services sector in the U.S. Despite evidence that American women are systematically underpaid, the majority of FSI employees believe their particular company operates as a meritocracy. This suggests that there is a need for U.S. financial organizations to implement a quantifiable mechanism in order promote accountability when it comes to equal pay, or risk losing key employees, stifling innovation and incurring lawsuits.

The Questback survey shows that 74% of men and 69% of women believe their employer is fully committed to equal opportunity for all staff. This figure goes up to nine out of 10 (84%) for senior managers. Sixty-seven percent of men and 63% of women believe that people succeed on merit in their company – increasing to three out of four (73%) for senior managers. These findings suggest that U.S. employees in financial services are more inclined to believe that gender bias exists elsewhere, but not within their company. The result is a lack of urgency for change, especially among senior management.

“Our research highlights that although senior managers in financial services have the greatest responsibility for hiring, promotion and reward decisions, these individuals are actually the least likely to recognize that there is a wage bias,” said Andrew Cocks, assessment psychologist and FSI industry expert at Conflux. “If there is little acknowledgement that there is a problem in the first place, then there is zero incentive to change.”

As part of this research, Conflux developed a new metric called the Talent Parity Index (TPI). TPI measures the correlation between the value placed on certain leadership traits and the extent to which those traits are seen as being associated with masculinity or femininity (e.g., “assertiveness” or “compassion”). It quantifies the unconscious gender bias at the organizational level and within particular employee groups. TPI can be used to measure bias that exists in all FSI companies, across geographies, industries and sectors. Conflux developed the metric to help companies identify and quantify complex problems associated with culture in order to measure incremental change over long periods of time.

While the Questback survey focused on financial services, many organizations struggle to adapt their business practices to accommodate changing legal and cultural norms. It is essential to acknowledge, understand, and measure unconscious bias before behaviors and corporate policies can be remedied.

When asked to rank the leadership traits that FSI organizations valued, both male and female respondents highlighted traits that they identified as “masculine,” such as assertiveness, competitiveness and confidence, ahead of “feminine” characteristics including empathy and compassion. This speaks to an inherent cultural bias toward men regarding recruitment, promotion and reward decisions. It also deprives FSI organizations of a balanced workforce that can be both competitive and compassionate (the latter being very important for fostering customer loyalty).

Other notable statistics from the Questback Gender Gap FSI survey:

“The belief in an unbiased meritocracy among decision makers can feed a culture that punishes women,” said Nicola Matson, senior vice president of product management of Questback.  “Our hope is that all industries will put a stop to the echo chamber, and start to think about the best mechanisms for retaining top talent, increasing productivity, reducing the likelihood of lawsuits – these are all critical components to a healthy, competitive business. And with more women in senior roles, the gap is less likely to exist in the first place.”

Questback and Conflux launched a similar study in the UK last year and found that in spite of a 30% discrepancy in pay for women, FSI employees in the UK also felt that they worked within a meritocracy. Because the UK government now requires gender pay gap reporting, there is a greater sense of urgency among  UK FSI businesses to transform their pay structures in order to comply with the law. But even with this added legal pressure in the UK, evidence proves they are still falling short. Changing a culture requires continuously listening to employees, and cannot be corrected with data alone.

In late 2018 and early 2019, Questback and Conflux collected online survey feedback from a representative sample of over 1000 individuals from Financial Services organizations with more than 250 employees in the United States. The survey measured their perceptions of traits that are most valued and rewarded in their organizations and the extent to which they viewed these traits as typically masculine, feminine or gender neutral. It also explored the decisions individuals made about their own career development and experience of talent management processes in order to better understand the factors behind gender inequality and the gender pay gap.

Questback is a complete feedback system that helps companies transform customer, employee and market research programs. Used by thousands of companies, including one-third of the Forbes list, Questback is the smarter, faster way to manage feedback. Get the software, services, and human support you need to manage customer, employee and market feedback–all in one place. People matter. Get their insight. 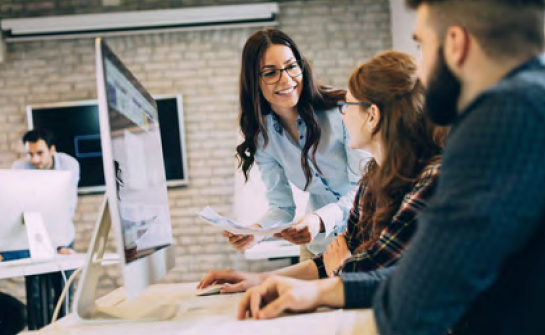 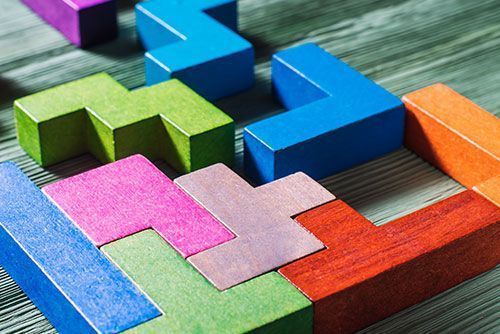 Continuous Listening: How to get started